Together with our project partners, we want to set clear examples for the future of the world. 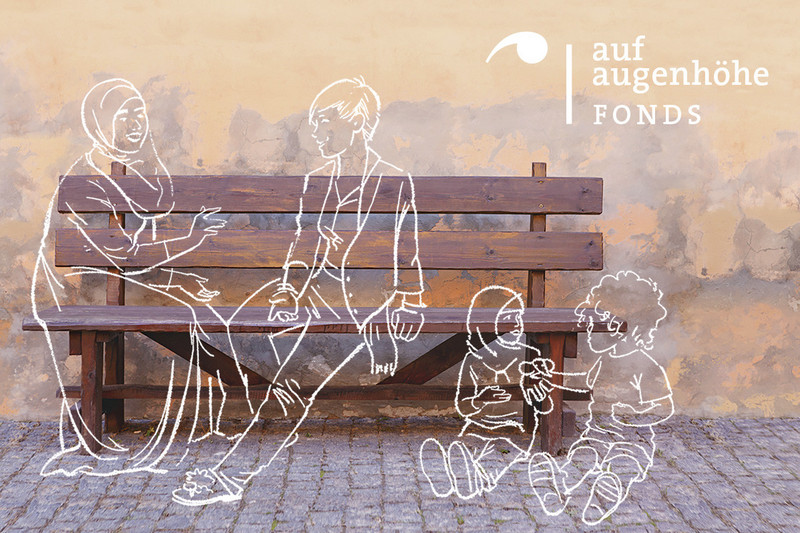 In the late summer of 2016, the “Auf Augenhöhe” fund was created by the Software AG Foundation (SAGST) after the peak of the refugee crisis, in order to strengthen civic commitment to refugees and migrants in the most uncomplicated and unbureaucratic way possible. Since then, the initiative for more diversity, respect and cooperation, which deliberately does without meeting narrow funding criteria and a complex application process, has continued to develop. In the meantime, after a pilot phase with selected seal-of-quality community foundations, it has helped financially enable more than 140 projects all over Germany. In total, it has supported more than 40 charitable organisations that meet the 10 characteristics of a community foundation as well as their partners with around €680,000.

As Andreas Rebmann from SAGST explains, “From July 2020, the fund would like to make your effort visible with a revamped website and demonstrate the different qualities that such an encounter can have at eye level between long-established members and newcomers.” In addition, the project manager responsible went on to say, he wanted the website relaunch to offer potential applicants an even better overview of the funding options and to counter scepticism about successful integration with some positive examples.

Alarmed by a currently noticeable increase in racism, SAGST decided in early 2020 to top up the fund, which was initially invested with half a million, by a further €300,000. Together with GLS Treuhand, which took over the complete application management for the foundation from the beginning as well as the alliance of community foundations in Germany, which has been closely involved with the fund since day one, it wishes to continue standing up in the tried and trusted format for more cohesion in our company. A step that Elizaveta Khan from the fund’s advisory board welcomes, especially in view of the persistent coronavirus pandemic. “Over 80 million people are still fleeing. But humanitarian programmes worldwide have now been stopped due to Covid-19. This is now why we especially need advocates for the many refugees who have neither a voice nor a lobby.”

These important supporters also include what are known as the Houses of Resources (HOR). They provide support to migrant organisations, other integrative associations and volunteers and have been funded by the Federal Office for Migration and Refugees (BAMF) since 2016. Martin Lauterbach, who is responsible as a BAMF group leader for fundamental issues of integration, says “the HORs create the appropriate infrastructure to support the integration work locally. It enables us to reach even smaller migrant organisations.” The cooperation with the fund now shows clearly the potential that exists in the houses for other funding providers as well. “Through the Houses of Resources, they can provide their funds professionally, as required and in a targeted manner, so that assistance arrives exactly where it is really needed.”

The “Auf Augenhöhe” fund has been able to recruit eight of the altogether 11 HORs as major partners specifically for the new federal states. Like the community foundations, they act as mediators between the fund and the committed initiatives locally and can apply for funding of up to €5,000. “Follow-up applications for one and the same project”, Andreas Rebmann explains, “are of course basically possible but in 2020 they have to be held back initially in favour of enquiries from new applicants or ideas, in order not to exhaust the fund volume too quickly.” Until the end of the year, only around 50 applications can be funded from the available revenue. For this reason, the Auf Augenhöhe fund is actively looking for further financial partners whose donations will help the fund achieve its maximum effectiveness and reach. The fund once received donations of just over €70,000 in 2016. In 2020, those in charge even want to raise an additional €100,000.

Globally, demand for complementary medicine is increasing. To boost research in this area, the University of Basel has appointed biologist Carsten Gründemann as Assistant Professor for Translational Complementary Medicine. The professorship is housed within the Department for Pharmaceutical Science. Over the next five years, nine sponsors will support the endowed chair with around three million Swiss francs.

The Software AG Foundation, the primary shareholder in the Witten/Herdecke University, will sponsor the endowed chair for five years. 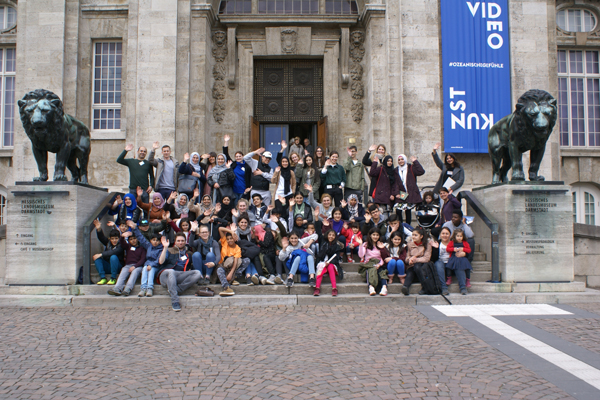 Darmstadt, May 4, 2019 – Increasing educational opportunities, providing assistance to children and parents, and supporting life and learning in the family: these are the goals of the Diesterweg Scholarship in Darmstadt. Named after the reform educator Adolph Diesterweg, the program was developed by the Stiftung Polytechnische Gesellschaft Frankfurt am Main. Since 2008, the program has been leveraging the strength of the family unit to support academic success in numerous locations in Germany.