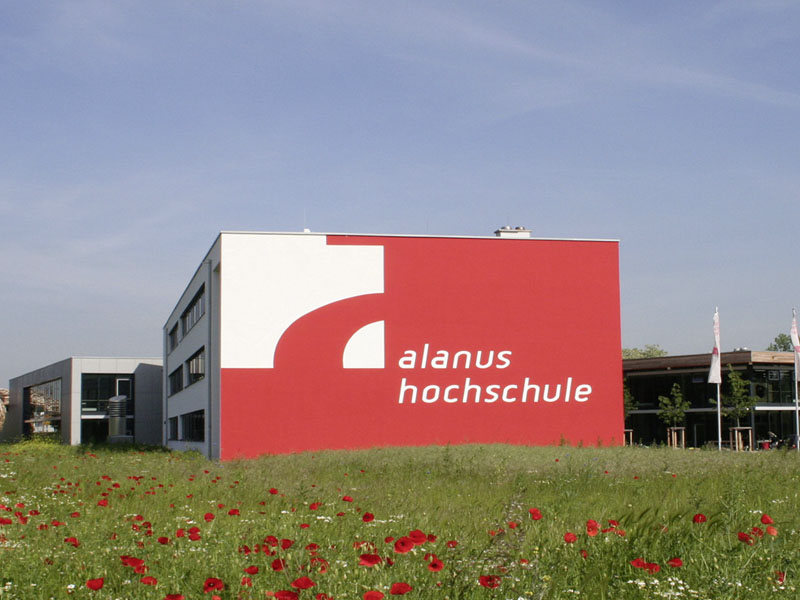 Alanus University, located near Bonn, is a privately run, state-recognized school for the arts and sciences offering university-level degree programs. In addition to visual and performing arts, the school offers programs in art therapy, architecture, education science and business administration. This combination makes the university a place where artistic education enters into fruitful dialogue with science and research and where the holistic development of the human personality is fostered.

This dialog also finds expression in the interdisciplinary, multi-year General Studies program, which is a compulsory component of all degree programs and a central element in the self-understanding of the university. It includes courses and activities in philosophy, art and cultural history, literature, and education and social science.

Since its founding as a non-profit organization in 1969, the university has experienced impressive development and is now a state-recognized university. In 2003, the diplomas awarded in the programs in the arts were recognized as equivalent to those awarded at state-run art schools and academies. In 2006, the first academic degree programs with university diplomas were introduced.

In 2007, Alanus University began offering the German state examination for qualification as a secondary school art teacher. The school is thus the first non state-run university to offer a state examination for teaching. Since the program includes not only general education, but also reform pedagogy with a special focus on Waldorf education, its newly graduated teachers obtain a double certification. With their degrees they are able to teach both at public schools and at Waldorf schools. The integration of reform and Waldorf educational approaches in the context of the educational sciences is a key feature of the university's pedagogical degree programs. Alternative approaches are shared, tested and critically reflected both theoretically and practically. In addition to teacher training, Alanus University offers several master's programs in educational science and, since autumn 2010, a bachelor's program in childhood education.
It prepares graduates for careers in municipal day-care centers or in Waldorf or reform kindergartens.

The relatively new degree program in business administration, which is supported by several large corporations, is strongly practice-oriented. Its goal is to train executives who bring their own business activity into line with the overall societal goal of sustainable economic management.

On the occasion of the 10th anniversary of accreditation, which took place in 2010, the university obtained the right to award doctoral degrees in the field of Education Science.