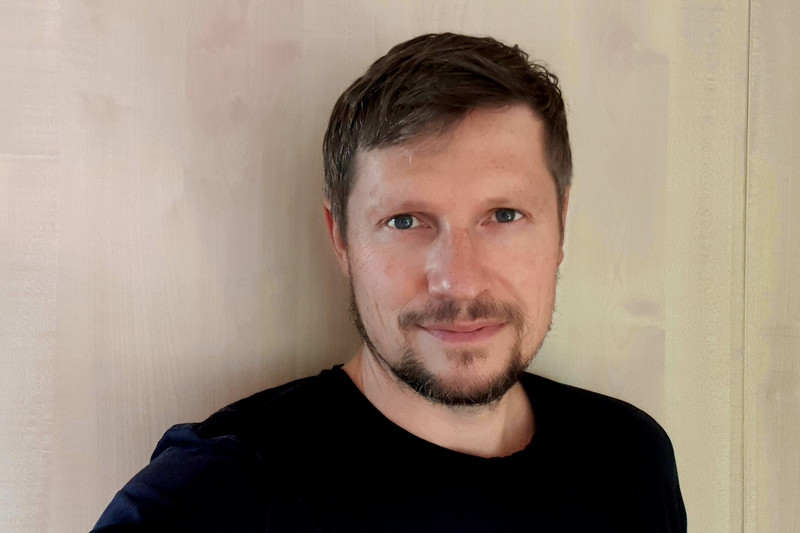 The state aid agency Blaufeuer advises professionals working in public and private institutions in the German state of Saxony in cases of sexual misconduct perpetrated by children, youth, and teens. In 2020, they received 198 inquiries from all parts of the state. By offering educational trainings as well as clearing discussions and case-based consultation, the agency is making a considerable contribution to preventing sexual abuse by minors. On staff at the agency is Jan Schweinsberg, psychologist and specialist counselor for educational and therapeutic work with young sexual offenders. Together with his four-person team, he works to raise awareness of this issue at welfare organizations for children and teens; their aim is to ensure an early and professional response when underage individuals engage in misconduct. The agency’s joint goal is to teach boys and girls to respect sexual boundaries and thereby to reduce incidences of abuse.

Mr. Schweinsberg, how common is sexual abuse of children and youth, and how often is the offender also a minor?
Jan Schweinsberg: In the last year alone, more than 14,500 cases of abuse were reported to the police, Germa-ny-wide. The actual number is probably several times higher than that. According to estimates, one to two girls or boys in every German school class was or is the victim of sexual violence. I consider this number to be abso-lutely realistic, especially when one considers that each sexual offender tends to abuse two or three individuals. Around one third of the cases of sexual misconduct experienced by children under the age of 14 are carried out by other minors. And the rate is increasing.

Despite this, it is usually adult perpetrators who receive the most attention …
Jan Schweinsberg: … and that unfortunately has consequences for preventative aid work: during investigations into a recently uncovered constellation of abuse cases in Bergisch Gladbach, for example, it was discovered that the now-adult perpetrator was already a sexual offender in his youth. And this is certainly not an exception. The average age of first abuse, according to our statistics, is currently 11 or 12 years of age. That is why it is so important to recognize instances of sexual violation as early as possible and to act immediately. The earlier we can intervene in the spiral of sexual violence, the better our chances to prevent other instances of sexual abuse against children.

Where does sexual violence begin, and for what reason do some minors violate boundaries in this area?
Jan Schweinsberg: Sexualized violence is less about physical abuse than about consciously exploiting one's own superiority over another person - whether based on age, physical condition, or intellectual ability. Age-atypical behaviors, or acts that rightly belong to adult sexuality, are an indication of sexual violence. However, there is hardly any general answer to the question. In almost all cases, however, the misconduct takes place within the context of a relationship. This means that the sexual offender and the victim know each other, and the existing trust or dependency is deliberately abused.

In what areas and in which contexts does sexual misconduct toward children and youth take place?
Jan Schweinsberg: Sexual violence often takes place between siblings, including between half and step siblings. Around half of all cases are instances of serious sexual abuse, which we often encounter in residential facilities for children and teens. There are practically no institutions in which this does not happen, sooner or later. After all, these are residences largely for children and youth whose own boundaries have already been crossed. In that respect we are focused on enabling the staff to recognize or prevent sexual misconduct in the group and to reduce existing uncertainties. It is crucial that incidents or offences are communicated openly between team members. When sexually offending children or adolescents change institutions, it very often happens that the new institution is not informed about previous delinquencies, and the risk of there being further victims is correspondingly high. Our case documentation statistics often reveal instances of connected sexualized vio-lence over the years because essential information was not shared.

What is the role of the offenders’ own past histories and their own experiences of violence?
Jan Schweinsberg: There have been many different studies that, depending on the sample, deliver different results. One study claimed that around 20 percent of children with a personal history of violence become per-petrators themselves later. When consulting on a specific case, we are often asked the question whether pro-fessionals should be particularly attentive or careful. However, we should never fall into the trap of automati-cally seeing all girls or boys who have experienced sexual violence as potential perpetrators. Rather, we have to perceive the victims to be exactly that, and must meet them where they are as victims.

How can professionals or parents tell when something “isn’t right”?
Jan Schweinsberg: There are no clear indications, because there are a large number of possible signals. Howev-er, signs can include sudden changes in behavior, such as when a child suddenly becomes withdrawn. This is always a reason to become more attentive and take a closer look. Recognizing sexually abusive girls and boys, on the other hand, requires a lot of experience. This is because sexual offenders are highly manipulative in their behavior, among other reasons. That is why it often requires appropriate sensitivity and specialist training to determine the extent to which a perceived behavior is within the realm of normal or has already crossed a boundary. As a specialist agency, one of the questions we are asked most often is whether concrete measures are necessary, and which measures should be taken, in specific individual cases. One thing we can say for sure is that action is necessary whenever there have been previous cases of sexual misconduct or deviant behavior.

What is the nature of your work with sexually deviant children and youth?
Jan Schweinsberg: The age spectrum of those we work with is large, and as such we of course use different methods. For those above 13 or 14, for example, our approach focuses on the misconduct itself. This means that we focus more on the actual act and less on “Why?”. If we want to enable these young people to avoid committing sexual offenses in the future, they must first realize that they are themselves responsible for what has happened and that they are ultimately able to ensure that it never happens again. They want to become adults, and that path includes personal responsibly as well as socially appropriate behavior. With outpatient and group therapy, our goal is to show them that they can bolster their self-esteem through other, legal means. Usually they are monitored and helped over a period of two years to jointly develop more perspective for their futures and a more appropriate means of interacting with peers. Here it is critical to see not only the sex of-fender, but also the entire person with his or her resources and potential. Mutual openness and respect are the keys in learning the ability to relate to others and thus find other ways to handle sexuality.

Where do you currently see the greatest need for development and expansion of your programs?
Jan Schweinsberg: In recent years, youth welfare agencies have received increasing numbers of inquiries regarding sexual misconduct carried out by middle-school age children. But to date there have been almost no intervention programs focusing on this age group. This is true in our national network, as well. Action-focused intervention programs, which are common in work with teens, will not work with 6- to 11-year-old children. They are often not even able to name what has happened. That is why work with parents is the focus in these cases. The parents must be made aware of the needs of their children and the importance of a boundary-respecting environment and good role models. Considering this, we are currently focusing on developing a new case management concept for professionals who work with boys and girls in this age group. The existing approaches focus on protecting the victim, thereby often separating the boundary-violator from the victim, for example in cases of sibling incest. But this is exactly the wrong approach, as these boys and girls are (in contrast to teens) still in a stage in which their relationship to their parents is still very close and essential. That is why they cannot simply be removed from their families and housed in a residential facility.

The same applies to children and young people with intellectual disabilities. Here, too, we want to determine what is needed in terms of sexual pedagogical support and put together recommendations and measures to address cases of violation. Another area that we are increasingly focusing on is sexualized violence on social media, as the number of children and adolescents who share, acquire, own or even produce images of sexual abuse has increased fivefold since 2018.

What is the best means of preventing sexual violations?
Jan Schweinsberg: The best prevention is strengthening children’s self-esteem. They must understand what constitutes a violation of boundaries, and they should know what areas others should not touch. In this context, what I find essential is that it is not the children’s job to protect themselves from sexual violence. In serious cases – we have learned this from experience and it has been shown in numerous studies – this actually doesn’t help at all. After all, when it is the case of one’s own brother, for example, to whom one has a close and trusting relationship, then resistance to the violation is hardly possible. That it is why we have such a great responsibility to ensure that children and teens do not violate others’ sexual boundaries in the first place. This is why we need adult role models – especially in institutions for children and teens – who speak openly, appropriately, and proactively about sexuality and who sensitively handle physical proximity and distance.