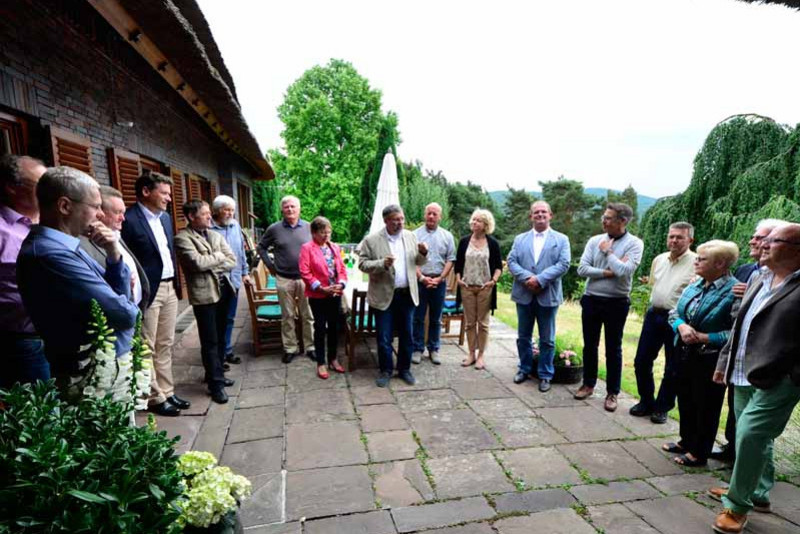 After sixteen years as managing director, Prof. Dr. Horst Philipp Bauer will leave the Software AG Foundation at the end of his term of office on June 30, 2015. His initial contact with SAGST occurred when, as the managing director of the newly-founded Heydenmühle in Otzberg, he approached the Software AG Foundation as a grant applicant. On the basis of his experience in the non-profit sector, Horst Philipp Bauer, as the board member responsible for project management, substantially influenced the profile development of the largest European-wide active grantmaking foundation with its very diverse spectrum of support areas.

In particular, Bauer was active in further developing the foundation’s largest projects, the two schools Universität Witten/Herdecke (UW/H) und Alanus Hochschule in Alfter bei Bonn, especially in securing the future of UW/H. Bauer was also active in the German foundation scene. He was involved in the “literary house circle” of major German foundations, led the Society working group in the Association of German Foundations, and is a member of the Hessen state curatorium of the Stifterverband für die deutsche Wissenschaft. In the future, Bauer will be Professor for Education and Professional Training at Alanus Hochschule. As elected Prorector of the school, he will use his experience, competence, and network to guide the school’s transition to university status.

The curatorium, board of directors, and staff of the Software AG Foundation thanked Prof. Dr. Horst Philipp Bauer for his influential work and wish him every success in his next endeavor.