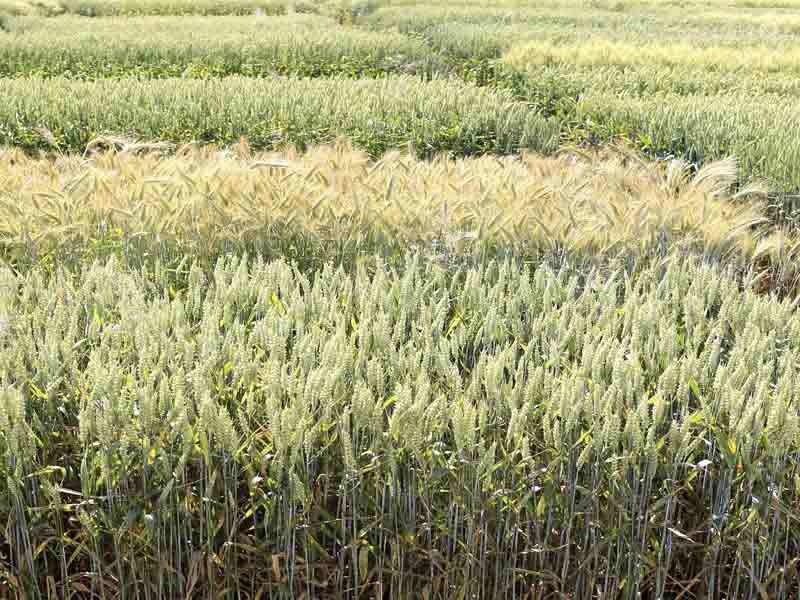 Two weeks before departure of a special train celebrating the anniversary of 90 years of biodynamic agriculture, the travelling companions and co-organisers of the trip and conference voiced a strong appeal. The pressing problem of ending world hunger cannot be solved with patents, standardisation, and commercialisation; what are necessary are rather diversity and the mutual development of people and plants.

“Crop seeds have become a product,” stressed Dr. Bertold Heyden, founder of the Keyserlink Institute, a center for seed research and cereals cultivation in biodynamic agriculture. As a result of this commercialisation, according to Heyden, the goal of developing new seed varieties is always profit for the seed company, and not always the health and nutrition of human beings. Seeds must once again become a cultural asset. “Only the mutual development of people and plants will result in a healthy, beneficial future. People must develop communities that take responsibility for this.”

Christine Nagel, a vegetable breeder with the organisation Kultursaat e.V., emphasizes that the development of crops (“you try crossing sea kale with kohlrabi sometime!”) and the ensuing varieties are thanks to human beings who lived countless generations prior to us. “Seeds were passed along. But hunger for profit and power has almost dried out this stream: Varieties and wild forms are collected by corporations and used to produce hybrids that are not stabile in terms of varietal characteristics, which have been manipulated with laboratory technologies and are no longer fertile. Food quality in the broadest sense and respect for life are irrelevant. With every variety that can no longer be maintained and developed by gardeners and farmers,” says Nagel, “our food sovereignty is disappearing all over the globe.” “The breeders with the nonprofit association Kultursaat breed sustainable varieties: true-to-seed on biodynamically based,” Christina Nagel points out. In Austria, the company Reinsaat is a member and partner of Kultursaat e.V.

Christoph Then, executive director of Testbiotech, warns against the patenting of seeds: “It is important that Demeter remains active in the fight against seed patents. Living nature, plants and animals are not inventions of industry and should not be monopolized by patents – no one knows that better than the farmers who operate organic farms,” says Then.

“In addition to the issues of biodiversity, patenting of seeds and the concentration of market power in a few global corporations, in the future we also have to start taking a closer look at the financing of organic and biodynamic seed breeding,” says Sebastian Bauer of the Software AG Foundation. “So far, breeding activities have been financed solely from charitable funds, grants from foundations and many individual donations. But if we want to get out of the existing niche in the near future, we have to talk about further funding models,” Bauer continues. A conscious model of “paying in advance” – financing with funds from corporations in the most agriculturally-related sectors, as a form of investing in the future – must become a discussable option.  According to Bauer, this is the only way that these forms of breeding will come out from the shadow of “poverty” and the “nice to have” approach to become a real, widespread alternative.

During the train ride and in a conference in Croatia, around 150 thought leaders, scientists, artists and practitioners from many fields are working to address the acutest issues related to seeds and agriculture. Their goal is to find solutions for timely action.

Information about the Kulturgutexpress train:
The anniversary of “90 years of biodynamic agriculture” (Demeter) is being celebrated in special style: with a ride on the chartered train the “Kulturgutexpress”, or the Cultural Goods Express. The train leaves Salzburg on June 6th 2014 and will travel via Graz and Maribor to Donji Kraljevec. There, the passengers as well as many additional guests will take part in a jointly hosted conference with the motto “In the Center of Agriculture.” On Monday 9. June the train will return to Salzburg. The train ride of about nine hours connects cultures, travelling through three countries as its passengers experience the countryside and farmland.  Art, culture, nature, science, new technologies, vision and action will be on board. Cultural assets such as seeds, water and honey will be shared, discussed, presented and savoured.

Well-known violinist Miha Pogačnik of the Slovenian Symphony Orchestra will join the ride as a contributing artists. “Travel companions” include SOS Save our Seeds, the Software AG Foundation and GLS Bank's charitable trust for the future of agriculture, well as Milo Tesselaar and Reinsaat from Austria. Vera Koppehel and Peter Daniell Porsche organised the train ride.

For more information on this topic is presented in an interview with Sebastian Bauer and Klaus Plischke, both Software AG Foundation project managers in the are of organic agriculture and seed development.