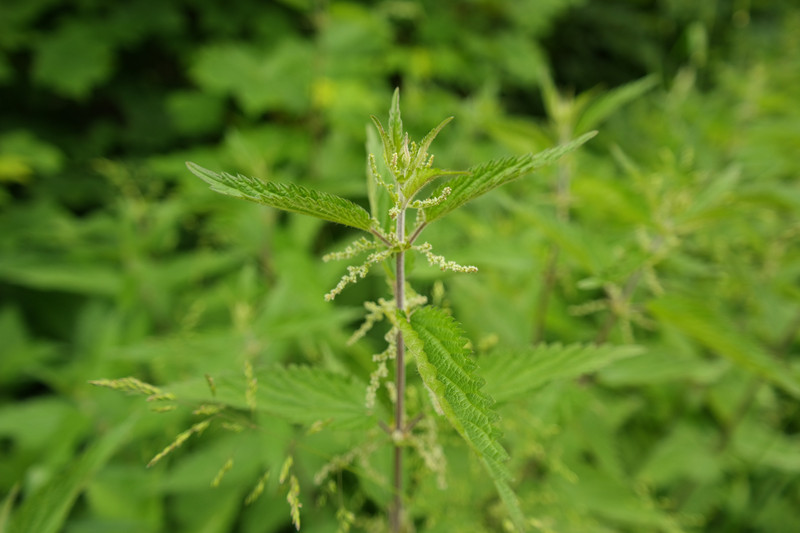 “The stinging nettle is such a wonderful plant that it should actually be growing all around our hearts”, Rudolf Steiner once wrote. Because all the parts of this protective herb, whose name comes from its painful properties, demonstrably nourish, strengthen and heal. Young leaves can be eaten as a spicy spinach-like vegetable, its seeds have a stimulating effect that can relieve fatigue or sharpen focus, and its root helps to flush out bacteria as well as purify the body.

However, the founder of anthroposophy did not only recommend the “queen of herbs” to harmonise the organism or to regulate the iron balance. He also urged using the plant, which many people today mercilessly ban from their gardens, in agriculture to revitalise the soil and nature as a whole. Indeed, it plays an important role in our ecosystem – such as a source of food for a great many insect species or as a natural means of combating mites, which is successfully used in biodynamic viticulture, for instance.

The long underestimated plant, which last year was awarded the title “Medicinal Plant of the Year 2022”, is incredibly versatile. Urtica dioica, as it is called in Latin, has been used for thousands of years as a raw material to produce paper and as a fibre plant to manufacture clothes and dye wool.

Hortus officinarum, an association that promotes the preservation and cultivation of medicinal plants on a biodynamic basis and whose work the Software AG Foundation supports, describes the stinging nettle as a “faithful companion”, and not only in this context. According to the non-profit association from Switzerland, mighty, upright nettles, which can grow to a height of over one metre, are found wherever there is a surplus of nutrients in the soil that needs to be balanced out. “As a pronounced nitrogen indicator, it is considered a crop companion. Once planted, it spreads via its bright yellow underground runners and can be harvested for many years”, Ruth Richter from Hortus Officinarum explains further.

It is much more difficult to grow Urtica urens, whose seeds are difficult to obtain even in botanical gardens in Switzerland, but which is no less important for anthroposophic medicine. Small or “dwarf” nettle hairs irritate the skin more than those of its big sister, which is why it is used as a remedy mainly for insect bites, burns and rashes.