The goal of our public relations work is to make our current activities and exemplary projects more visible. That’s why the people and initiatives that we support take center stage, both in our print publications and on our website. Lighthouse projects both large and small are given a special place.

Here, we provide short updates that reveal current happenings among our projects. In addition, we present in-depth reports and interviews that create a vivid picture of the initiatives that our foundation is privileged to enable and support.

To make this possible, our public relations team visits many of the projects together with the responsible project managers and gets to know the organizations and people on location.

We hope that these reports, in text and image, help to orient engaged individuals regarding possible support from the Software AG Foundation (SAGST) – and encourage them to tread new paths. 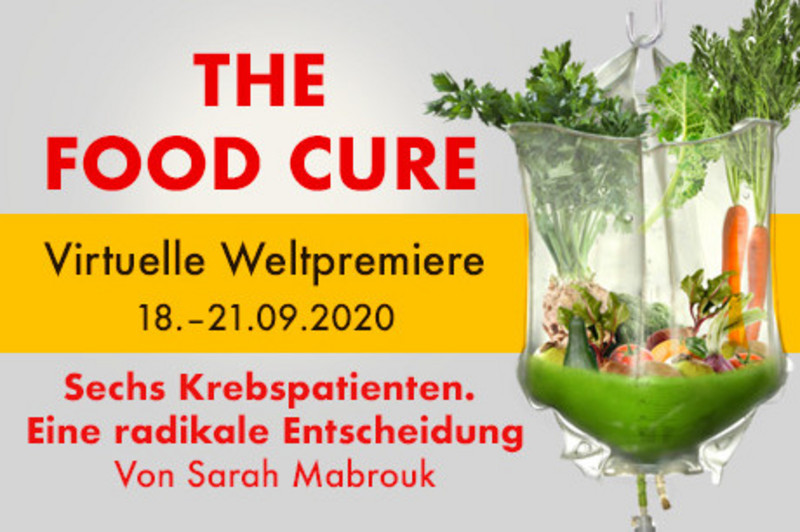 That nutrition and lifestyle have a great influence on our health is a generally well-known fact these days. Is it possible, however, to specifically utilize food as a medicine, even in the case of serious cancers? Six patients did exactly that: in the fight against cancer, they adopted a strict, plant-based and organically produced form of nutrition. The Berlin film-maker Sarah Mabrouk accompanied the protagonists from France, Switzerland, Canada and the USA on their path, with her camera for seven years. Her documentary “The Food Cure” provides touching insights into their lives. It has Sarah interview several experts from the field of Integrative Medicine, as well as Nutritional Therapy. Even if scientific research in the field of Nutritional Medicine is still in its infancy, the individual stories in the documentary do, however, impart a revealing picture of which factors are of import when making such a transition.

“By following the course of health and unfolding of events in each of these remarkable cases, the audience of the film is given the opportunity to experience that there is a causal connection between nutrition, quality of food and health”, concludes Cornelius Sträßer, who oversees this project at SAGST. He also comments that how food is cultivated plays a significant role – with organic (and, even more so, biodynamic) farming setting the standards. “Even the everyday environment of the patients, as well as their inner mental resources, appears to be very relevant for the healing”, remarks Sträßer. “Accordingly, the film provides motivation and food for thought. We hope that it will contribute towards broader social discourse – on the quality of our food, as well as on holistic medicine that considers and acknowledges the entire human being.” Not least, in light of the current threat posed by the coronavirus, the question of whether healthy nutrition could contribute towards empowering the immune system, as well as activating the body’s own defenses, making severe disease progressions less likely, would arise in that context, too.

The cinema screenings originally planned for the Spring of 2020 had to be canceled due to the pandemic. Owing to the restrictions which are still in place, the film will now premiere online: As from September 19, “The Food Cure” will be available for streaming on the video portal Vimeo, in various languages for a fee. A number of live events to accompany said global premiere have been scheduled.

Organic meat and eggs still come almost exclusively from conventionally reared chickens. In order to change this, the ecological stockbreeding association, Ökologische Tierzucht (ÖTZ), has opted for dual-purpose chickens and other old breeds since 2015.

The “unplugged” Café in Mainz is an established port of call for young people with mental health issues. With funding from SAGST, it can continue to preserve its services, throughout the coronavirus crisis, despite its adverse financial impact. And the help that it offers young people is more important than ever in the present times.

With the “Kiel: move and groove” project, initiated by the Jovita Foundation, 100 students from socially deprived districts of the capital of Schleswig-Holstein are being given easy access to culture and music, with resonance.