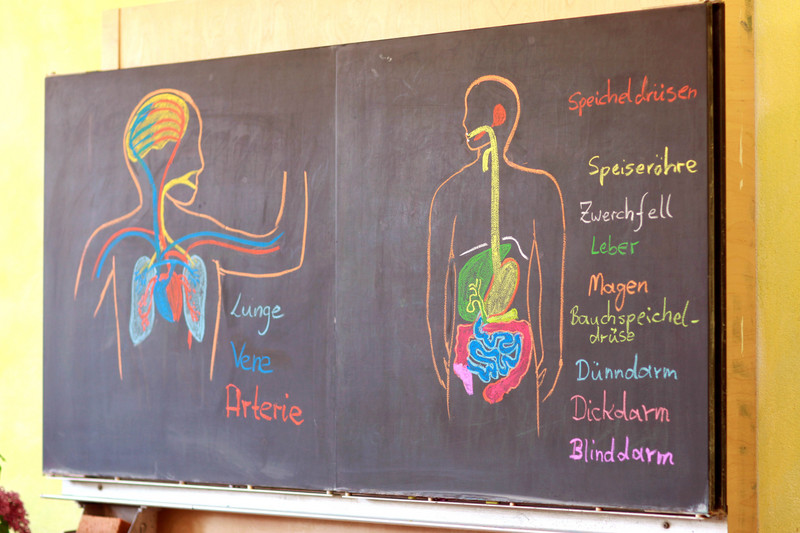 In addition to his work as a high school science teacher at the independent Waldorf school Marburg, Dirk Rohde is also a member of the faculty of the Waldorf Education Research Training Group at Alanus University and a lecturer at the University of Marburg, where he gives introductory seminars in Waldorf Education for student teachers in the Department of Educational Science. He obtained his habilitation there at the end of 2021 with a comparative study on how Waldorf schools in Hesse deal with the Zentralabitur exams (equivalent to A-Levels) using the advanced biology course as an example. “The academization of Waldorf education is important to SAGST”, explains SAGST project manager Andreas Rebmann. “That is why we are pleased that Dirk Rohde has successfully obtained his habilitation and offer him our hearty congratulations. The issue he worked on is not only important for the Waldorf school movement, but also for mainstream schools.”

Unlike in most other German states, the last three years at Waldorf schools in Hesse are recognized as “gymnasiale Oberstufe” (roughly equivalent to the sixth form in the UK). Up to the end of year 11, the schools have a relatively high degree of freedom and can follow their own curriculum based on Waldorf education. In the subsequent years, the students must be taught all the subjects relevant to the Abitur exams in the same way as at mainstream schools – this includes the curriculum, number of hours, and qualification of the teachers. Since the Zentralabitur was introduced in Hesse in 2007, Waldorf school students also take part in the corresponding centrally prescribed final exams.

There are major differences between Waldorf and mainstream schools in terms of both content and method, especially in biology. Waldorf biology lessons deal more fundamentally with the phenomena of the living world with a greater focus on human beings and apparent connections that can be perceived through the senses. Microscopic, genetic or biochemical details play a subordinate role. Nevertheless, Hessian Waldorf students are apparently able to make up for the resulting learning deficits and achieve equally good or even better results on the final advanced biology written exams than students from mainstream schools. Rohde says that this is not consistent with findings from comparative studies within the mainstream school system: “There, such catching up in sixth form usually only succeeds to a significantly limited extent, if at all.”

To ascertain the reasons for the good results, Rohde interviewed students who graduated in 2014 from Waldorf schools as well as grammar schools in Hesse, identifying four different ways of dealing with the biology Abitur exam requirements. The experienced teacher explains that “this phenomenon also extends to other school requirements and into university studies and vocational training. Therefore, it can be considered habitualised and viewed as student tendency or inclination. Since no differences could be demonstrated in the development of this learning attitude between the researched Waldorf and mainstream schools, it can be assumed that graduation-oriented schooling begins well before the start of sixth form in Waldorf schools as well.” Rohde identified the particularly high educational affinity of the Waldorf clientele, differences in the students’ motivation to learn and in the teachers’ preparation for the Abitur exams as possible additional factors that favour the Waldorf students’ preparation for the Abitur exams and would have to be examined more closely in subsequent research.