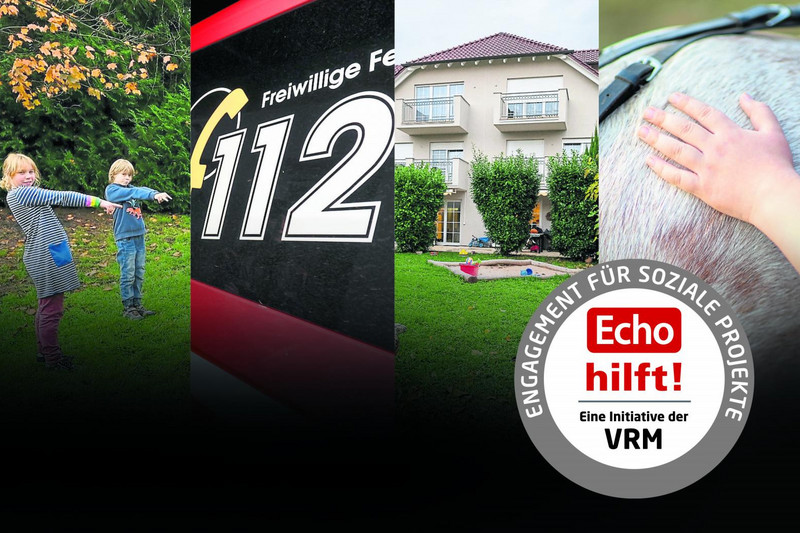 Echo Zeitungen GmbH has, for many years, been committed to its “Echo hilft!” donation campaign for non-profit-making initiatives in Southern Hesse. In 2021, services catering to children and young people – an age group which was, and is, particularly affected by the ongoing COVID-19 restrictions, became the focus of attention. On this occasion as well, SAGST, together with companies and readers from the region, took part in the charity campaign, and provided the five projects in and around Darmstadt which have been introduced in the daily press, with an  € 5,000 boost per project. “As a local foundation, which not only provides financial support for civil social commitments, but would also like to draw public attention to the latter, we have once again been happy to assist ‘Echo hilft!’ with a total of € 25,000”, states Peter Augustin, Member of the SAGST Executive Board. The donation campaign draws such projects and the protagonists behind them, which would otherwise rather be acting behind the scenes, back into the public eye, “but can, with its voluntary work, make a valuable contribution and act as a source of inspiration to others”, says Augustin. That in particular also applies to the initiatives that have this time been selected, from the field of child and youth education. “How important they are, as meeting places outside school, for healthy development, has not least been shown by the pandemic and its impact upon joy in learning and life”, emphasizes the Director.

Getting creative in the woods

An inclusive creative workshop in the woods is planned by those in charge of the “Jugendhof” for young people in the Bessung Forest in the Darmstadt area. In the“WooDIVERSum”, the youth encounter and leisure venue in its grounds has already set up an “exploratory self-determination play/think/chill adventure and research academy”, as it is promisingly called on the Association’s website. The versatile offers conceived for children and young people within the framework of a COVID-19 funding program can now, thanks to “Echo hilft!”, be extended by an accessible workroom, for which a former dormitory will be converted over the next few months.

In the Administrative District of Darmstadt-Dieburg, the young people of the District Youth Fire Brigade benefit from the donations. In order to make it easier for those dedicated boys and girls to get to regular education and training courses, or even joint meetings, a small bus is about to be purchased that will carry up to nine people. This can in future be borrowed centrally from the Administration of the Darmstadt-Dieburg Administrative District. A dream is also coming true at the Reitsportverein Rüsselsheim, the Rüsselsheim Riding Association (RSVR): another trained therapeutic horse will soon be seen standing in the stable there. In this way, it will be made easier for the Association to meet the heavy demand for therapeutic riding, and shorten the waiting lists, which are currently quite long. With this form of therapy, motor skills, dexterity and self-confidence are trained – a great opportunity to pick up the reins, especially for people requiring assistance.

The VVK-GGS, a social work association helping young people, headquartered in Bensheim/Bergstrasse, will, with the monies donated, be able to extend the playground at its Mother and Baby Home in Heppenheim. It is directed towards pregnant women and mothers or fathers over 14 years of age who have to raise their small child on their own, and feel overwhelmed with the task. The aim of the institution is, in that respect, to support parents in such a way that they gradually obtain a sound grasp of their role, and can shoulder everyday family life independently. On the lawn next to the house, a new adventure playground, with a basket swing, mudslide, or even a balancing course, is supposed to be built. The small residents can playfully practice mobility, equilibrium, and physical control there.

The fifth funding project is based in the Odenwald District. The elementary school in Beerfurth, a district of Reichelsheim, is planning an unusual project there: a children’s hotel in the school grounds, which could, for example, be set up in a yurt.

The background to this is the observation of the educationalists that, despite the children being looked after at school for the entire day, individual families are under such tremendous pressure that they sometimes lack the time and emotional balance for the children. This development is getting even worse in these pandemic times. It is envisaged to provide elementary school children – and thus also their parents – with a retreat allowing all parties involved to recuperate – enabling an even closer link between school and social work, which can examine the families’ current needs in depth.