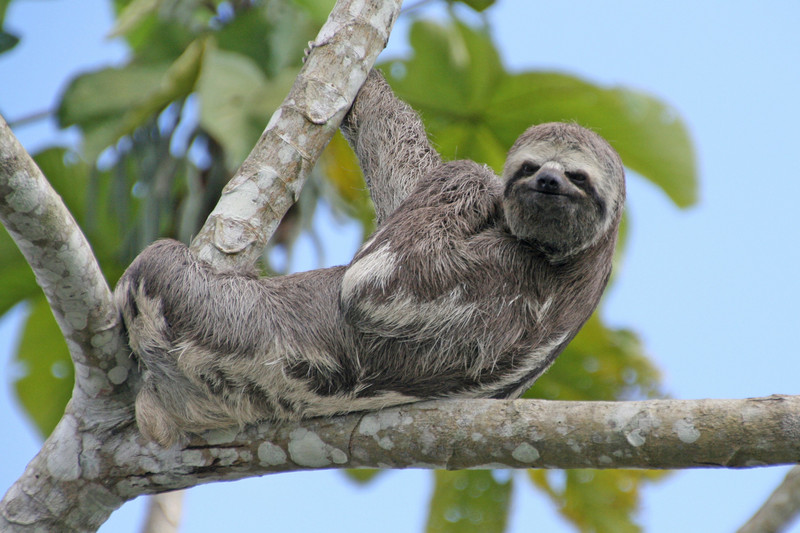 If we take a look at animals, it will soon occur to us that each species has its own typical character. A sloth, which – if at all – moves at an impressively slow speed, imparts a quite different picture from a mole, which untiringly proceeds through the earth, digging as it goes. And nobody would think of confusing a giraffe, with its tall stature, with an elephant, which is of a similar size, but presents itself quite differently. In his new book, “Seeing the Animal Whole – And Why It Matters”, the American biologist Craig Holdrege comprehensively describes the typical nature of this and five other animals.

In the process, he also sheds light on the great contexts in which these observations can be placed, and develops an integrative perspective, which leads to a holistic understanding of the phenomena of the living being. The proverbial inertia of the sloth, for instance, is shown not only in its movements, but also in the field of digestion, as well as further anatomical and physiological details. But the activity it seems to lack also allows the sloth to host a whole array of other creatures in its fur, as Mr. Holdrege argues, including algae, moths, mites, and more. “It becomes a continuous, dawdling, swarming micro-habitat within the rainforest”, it says in the introduction to the book. “Almost merging with the vegetative life of its environment, the sloth brings an ‘ever-smiling’, plantlike slowness into its world.”

“We are very enthusiastic about this publication, which ranks among the fruits of our long-time support for the Nature Institute where Craig Holdrege works”, comments SAGST Project Manager Cornelius Straesser. “The book not only descriptively imparts the characteristics of the animals described in it. Mr. Holdrege simultaneously also takes up most topical research questions concerning system biology, which has, for some time, been investigating the phenomenon of the independent activity of living organisms. This ability, termed ‘agency’, of getting involved in the design of the respective material prerequisites, refers to the spiritual core of all living beings.” The Nature Institute in Ghent, located in Upstate New York, is, with its studies, publications and various training programs, working towards a paradigm shift. It involves learning from the processes of nature, and allowing these findings to be incorporated into the design of a sustainable and healthy future. This line of research, which, by way of a reference to the natural science studies of Johann Wolfgang von Goethe, is thus also known as “Goethean”, represents a contextual perspective, constituting a significant addition to the modern natural sciences, which are especially focused on quantitative investigations.