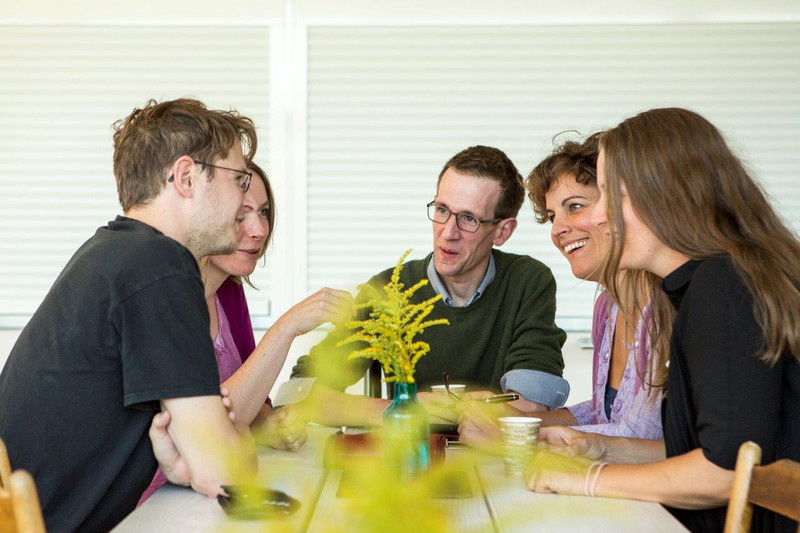 Although Waldorf pedagogy ranks among the most successful reformed pedagogic approaches, and enjoys great demand worldwide, it has up to now only played a subordinate role in scientific discourse. The Post-Graduate School of Waldorf Pedagogy at the Alanus University in Alfter, near Bonn, wishes to change this: For three years at a time it is funding doctoral theses, which in particular look into the pedagogic practice of the Waldorf schools, and thus, independently of matters of ideology, enter into an educational science dialog with other positions. Out of the currently seven scholarship holders in the program, the first Ph.D. student has just concluded his work. Frank Steinwachs presented his doctoral thesis to Prof. Dr. Nine Miedema of the University of Saarland, with the publication of which he is awarded the doctorate.

In his research project, he investigates the didactic literary basis for the German tuition at Waldorf schools, focusing on the 11th grade, where the examination of the Middle High German epic poem “Parzival” forms part of the curriculum. The work is not only the starting point for examining literature and linguistics, but, in view of the biographic situation of the students, the content of it is also especially suited to them as teaching material. In a phase of life in which they themselves are looking for direction, the text from the Middle Ages gives them a surprising number of points of reference: Based on Parzival’s fate, the young people can discuss timeless questions concerning identity and self-determination, and examine such topics as upbringing, love and the search for the meaning of life.

At the Post-Graduate School, Steinwachs appreciates the broad specialist range of the faculty, which consists of professors from various universities – including those in Rostock, Passau, Oldenburg or Leipzig. “That has fruitfully extended the exchange, because we could not be satisfied with internal and alleged self-evident truths”, he writes in a final report. “As a result, an extended and comprehensive academic perspective arose for me, which, after 17 years’ professional experience – also as a lecturer in teacher training – enabled me to take fresh perspectives on a Waldorf pedagogy viewed from an educational science and didactic point of view.”

The program is funded by SAGST, the Pedagogic Research Center at the Federation of Free Waldorf Schools, and the company Stockmar. “The Post-Graduate School of Waldorf Pedagogy is an important step towards also making the Waldorf pedagogy that has many times over been proven and tested academically accessible”, states Achim Grenz, Member of the Executive Board at SAGST. “Not least, we hope, thereby, to interest the next generation of undergraduates and graduates in scientific work, and thus also create the prerequisite for future post-doctoral professorship and research qualifications or professorships in the field of Waldorf Pedagogy.”

More on the Post-Graduate School of Waldorf Pedagogy:
The Post-Graduate School was launched at the Alanus University in 2015. It serves to promote the next generation of scientists within Waldorf pedagogy, and has set itself the aim of systematically taking up research questions from this field, pursuing them, and thereby integrating them into the academic examination. The School awards doctoral scholarships in the amount of a maximum of EUR 1,500 per month, and assists Ph.D. students for three years, not only financially, but also with courses, colloquiums and continuing scientific education. “In this way”, emphasizes Prof. Dr. Jost Schieren, Head of the Post-Graduate School, “the scholarship holders receive targeted assistance with their subject matter, in order to be able to discuss their Waldorf pedagogy doctoral thesis topic in the context of academic educational science. Besides those currently running, a further ten or so scholarships can be awarded.”