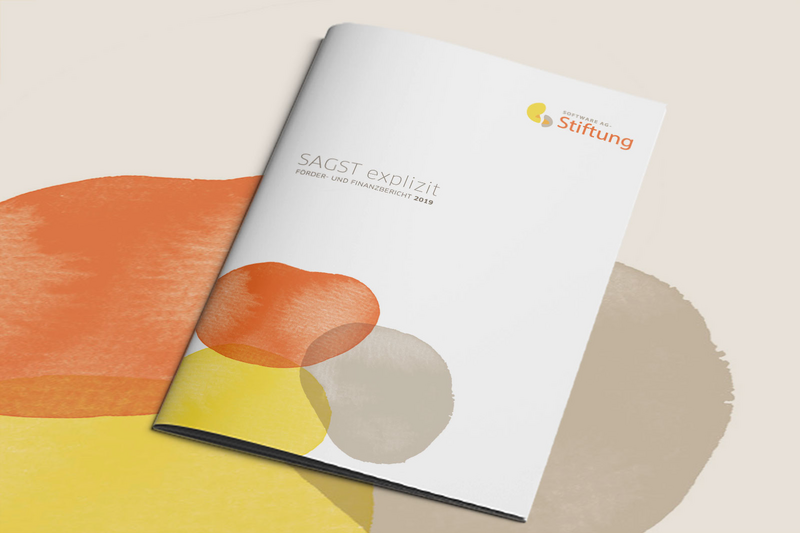 With SAGST explicitly in 2019, the Software AG Foundation (SAGST) published its fourth funding and finance report in this form in early July. In addition to facts and figures on funding activities, it also reveals the foundation’s investment strategy. The example of Bingenheimer Saatgut AG (BSAG) shows how much it is associated with the ideals of SAGST. In a double interview with Markus Ziener (SAGST board member and asset manager) and Sebastian Bauer (SAGST project manager and supervisory board chairman at BSAG), you can find out what the makes this public company such a successful mission investment.

Markus, what is a mission investment and why do you use this instrument?
Markus Ziener: We pursue a sustainable investment policy. Our primary objective is to preserve the foundation’s real assets. It goes without saying that we don’t invest our money where it conflicts with the foundation’s purpose. Ideally, both should even go hand in hand. A mission investment makes this possible – combining an investment with the funding of a healing initiative – and this is why it’s a very good fit with our organisation.

Sebastian, to what extent is BSAG a prime example of this?
Sebastian Bauer: The Software AG Foundation is one of the largest individual sponsors of ecological and biodynamic plant breeding. We support this half a million euros on average every year. Our aim here is to maintain biodiversity for agriculture and horticulture and to promote seed development as a cultural responsibility. This is exactly what connects us with BSAG. By propagating and processing as well as selling biodynamically cultivated varieties, it brings this healing impulse to life and spreads it among people. And quite successfully, too.

Markus, as the CFO of SAGST, can you give us a few figures?
Markus Ziener: BSAG is developing very strongly. Its sales increased by 15 per cent in the last year financial year. In 2019/20, this result was even 31 per cent. As a major shareholder with 40 per cent of the shares, we have quite a significant stake in the proceeds. So, you could say our ideal commitment in the seed research sector is funded to an increasing extent by itself.

What does this exponential growth mean for BSAG?
Sebastian Bauer: First of all, investments have to be made in new locations and business premises. Because on the site of the Bingenheim community, which also has shares and provides a living and working environment for people with intellectual disabilities, the capacities for sales and storage have now been used up entirely. In addition, a lot will have to happen of course in the staff development sector – both in terms of structure as well as the sheer number of employees. As such, BSAG attaches great importance to healthy, organic growth.

And what will future developments at SAGST look like? Are you planning to expand the mission investment programme further?
Markus Ziener: The importance of the mission investment in our investment mix is still rather small. In view of its overall volume, some definite increases would be conceivable – provided we find enough suitable candidates for this.

A 16 years of age, Bingenheimer Saatgut AG is still a comparatively young plant. The seed from which all this has grown was sown more than 30 years ago. A group of open-minded and committed Demeter gardeners joined together in the Initiative for Vegetable Seeds from Biodynamic Cultivation. They had already recognised in the 1980s that the seed question would become a key issue in organic farming. They witnessed how the triumphant advance of today’s widespread hybrid varieties led to a drastic decline in homozygous varieties and with them their natural ability to reproduce. The group initiative recognised with concern that the breeding methods more closely related to genetic engineering cast doubt on the basic principles of organic vegetable production.

This is why they looked for a new way and began to produce seeds of homozygous varieties from organic and biodynamic propagation. A major task the Demeter gardeners had was that they could only gradually acquire their knowledge of seed propagation in vegetable growing under the conditions of organic farming. What was especially important here was the intensive exchange of experiences among members of the initiative, which is still maintained to date. They swapped the initial seed harvests among themselves, but it soon became obvious that a central location was needed for the processing and checking of seeds.

At the beginning, Allerleirauh GmbH, the sales division of the Bingenheim community’s workshops, took care of seed sales. Years later, the seed sector had grown so large that an independent company – Bingenheimer Saatgut AG established in 2001 – took on all of Allerleirauh’s seed activities. By choosing to set it up as a public company and defining the tasks of the new enterprise, the founders wanted to embrace the momentum of the past and create space for dynamic development at the same time.