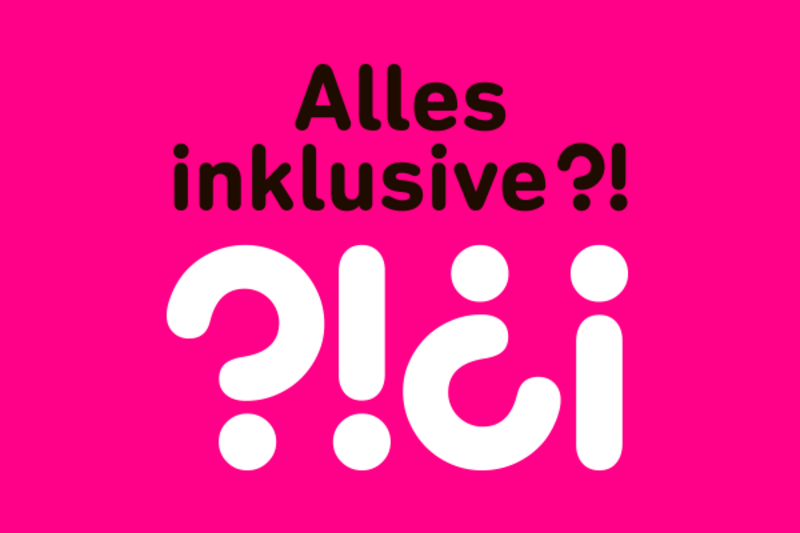 The aim of combining the question and exclamation marks was to arouse interest and stimulate reflection: “All inclusive?!” was the name of the festival used by Darmstadt’s cultural and event scene – with the support of the Software AG Foundation, among others – to draw attention to the topic of inclusion over the course of several virtual events in May 2021.

As early as the previous year, the initiators wanted to use a live format to highlight exclusion mechanisms as well as explore questions regarding discrimination against a wide variety of groups. But then along came the coronavirus and the festival that was originally planned for Spring 2020 had to be postponed by more than a year due to the rapidly spreading virus. A context not lacking for irony: according to the programme booklet, the pandemic and how it was dealt with politically turned culture itself into an excluded sector largely forgotten by society.

The second edition of the “All inclusive?!” festival, in which the city of Darmstadt, the Department of Social Work at the Technische Universität Darmstadt, the Staatstheater and Freie Szene theatre companies, the Nachbarschaftsheim Darmstadt cultural centre and the Kulturfreunde Centralstation cultural association participated, was also on the brink of collapse in Spring/Summer 2021, but a good deal of creativity allowed it to go digital, thus saving it, at least in part.

A film documentary now offers a retrospective as well as insight into the festival whose aim was to be accessible to as many people as possible, featuring online workshops as well as dance and theatre performances, while at the same time addressing the concept of inclusion as well as differences in society in general.