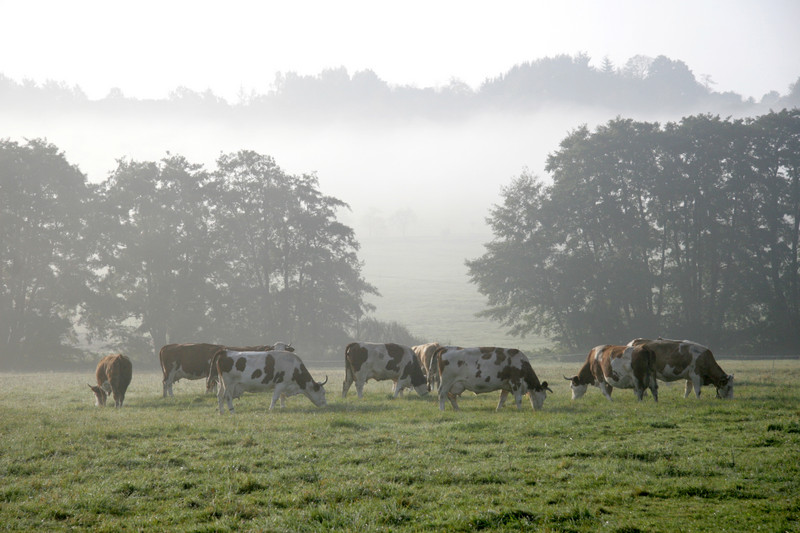 Anyone approaching a herd of cattle on a Demeter farm will immediately notice a difference from most conventionally reared cows: the animals usually have horns. From a biodynamic perspective, horns are essential to their natural appearance. That means that in addition to the particularly demanding association guidelines for rearing cows in a manner that prioritises their wellbeing, there is also a focus on horned breeds. However, such breeds are becoming increasingly rare in conventional breeding. But the goals of conventional animal breeding are hardly compatible with the general parameters of organic farming in other respects as well, due to a unilateral emphasis on rapid growth and high milk yields, which requires farms to increase their use of concentrated feed, antibiotics and feed additives.

According to SAGST project manager Christian Wüst, “with conventional cattle breeding, the animals’ longevity, lifetime productivity and continued health are less important criteria. However, this does not correspond to the holistic concept of biodynamic or organic farming.” That is why a new research project wants to shift the focus with the aim of developing a breeding system that takes into account the demands of organic farming as well as the criteria of welfare-oriented dairy farming. “We know from previous funding projects that robust dairy cows bred according to biodynamic principles can achieve remarkable results in terms of lifetime productivity and are therefore also economically viable”, continues Wüst. “Initiatives such as cow family breeding, in which cattle herds are expanded and developed according to where they are located, are also a promising step in the right direction.”

Several players with many years of experience and expertise have now joined forces in the current project group. In addition to the  Forschungsinstitut für ökologische Tierzucht und Landnutzung (FIT) in Glonn (Bavaria), they include the nationally active Ökologische Tierzucht gGmbH (ÖTZ), which is supported by Demeter and Bioland, the Tierzuchtfonds, the European Association for Natural Cattle Breeding (EUNA) and the Bäuerliche Gesellschaft e.V./Demeter im Norden. Together, they are dedicated to networking, training breeding advisors and supporting the establishment of demonstration farms for horned cattle breeding.